Welcome to the official documentation for Aperture!

Why is flow control needed?​

Modern web-scale apps are a complex network of inter-connected microservices that implement features such as account management, search, payments & more. This decoupled architecture has advantages but introduces new complex failure modes. When traffic surges, it can result in a queue buildup on a critical service, kick-starting a positive feedback loop and causing cascading failures. The application stops serving responses in a timely manner and critical end-user transactions are interrupted. 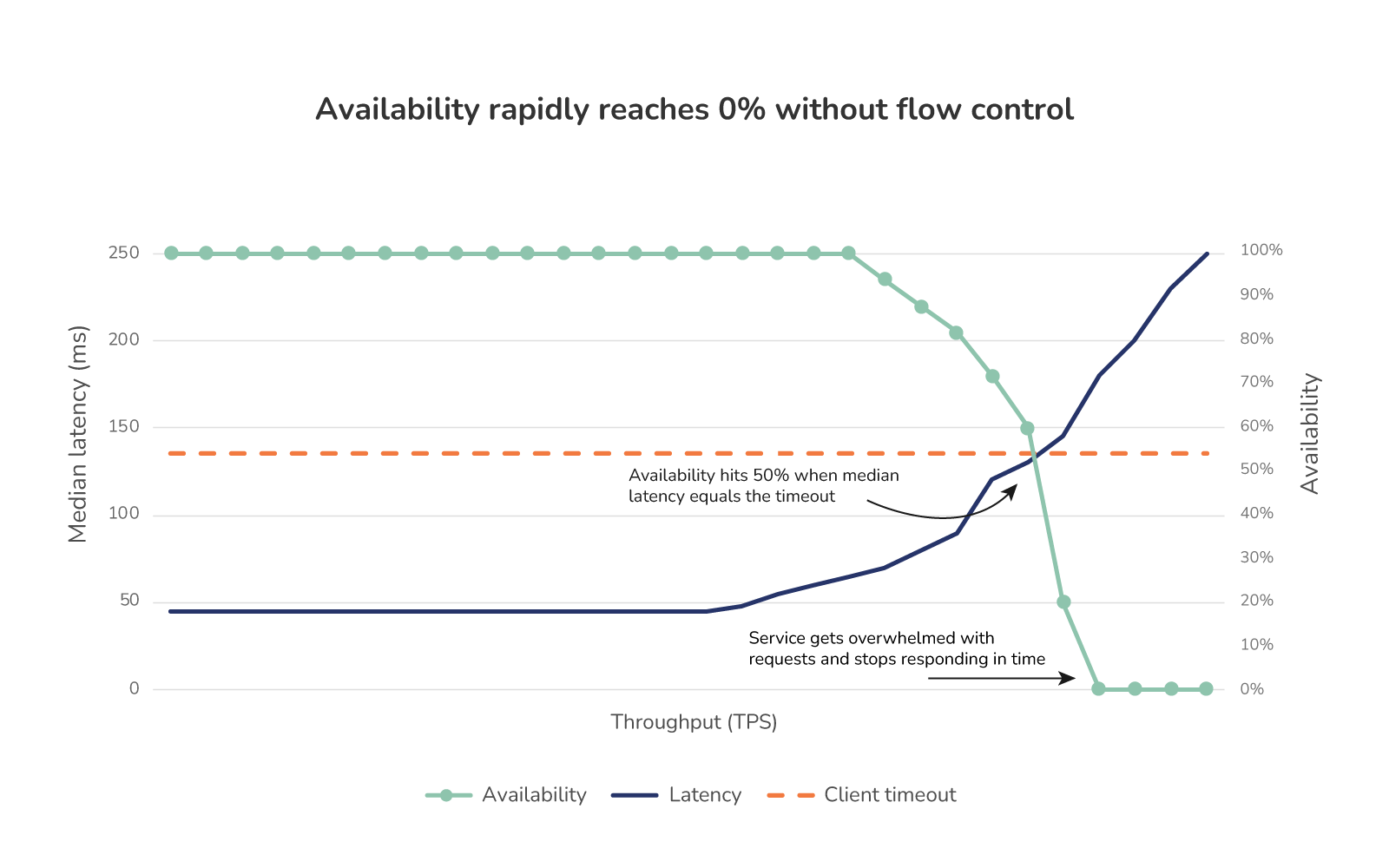 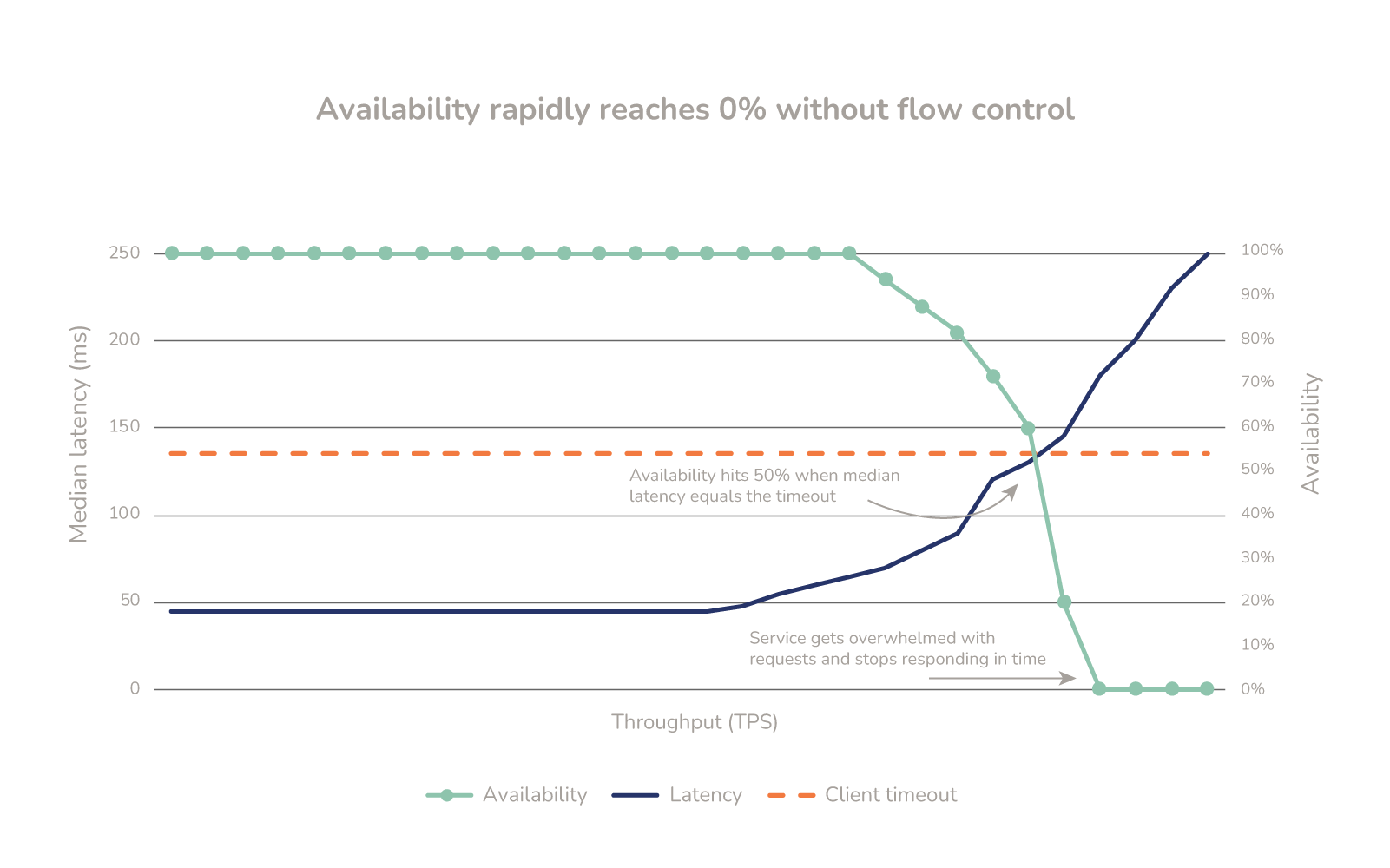 Applications are governed by Little’s Law, which describes the relationship between concurrent requests in the system, arrival rate of requests, and response times. For the application to remain stable, the concurrent requests in the system must be limited. Indirect techniques to stabilize applications such as rate-limiting and auto-scaling fall short in enabling good user experiences or business outcomes. Rate-limiting individual users are insufficient in protecting services. Autoscaling is slow to respond and can be cost-prohibitive. As the number of services scales, these techniques get harder to deploy. 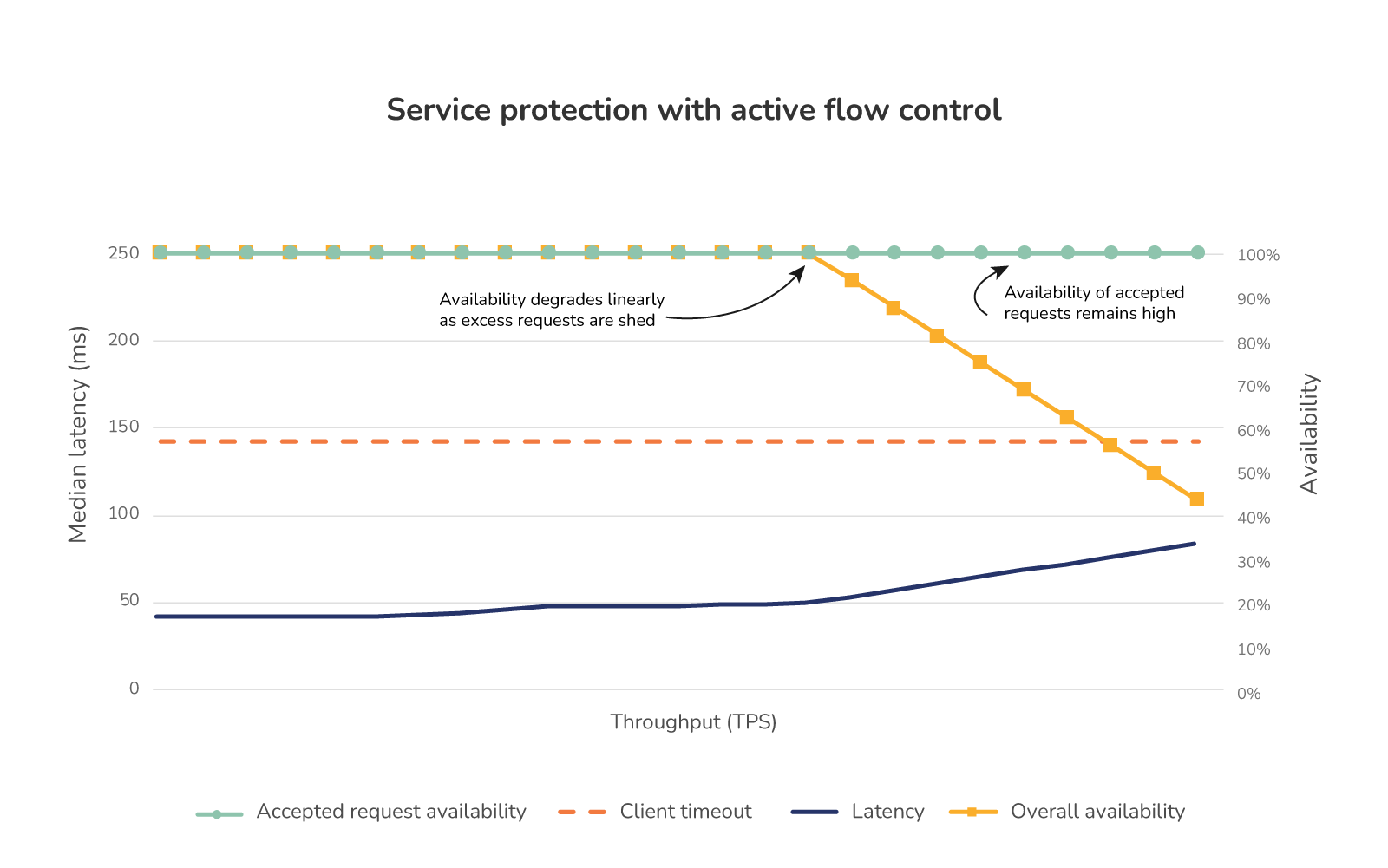 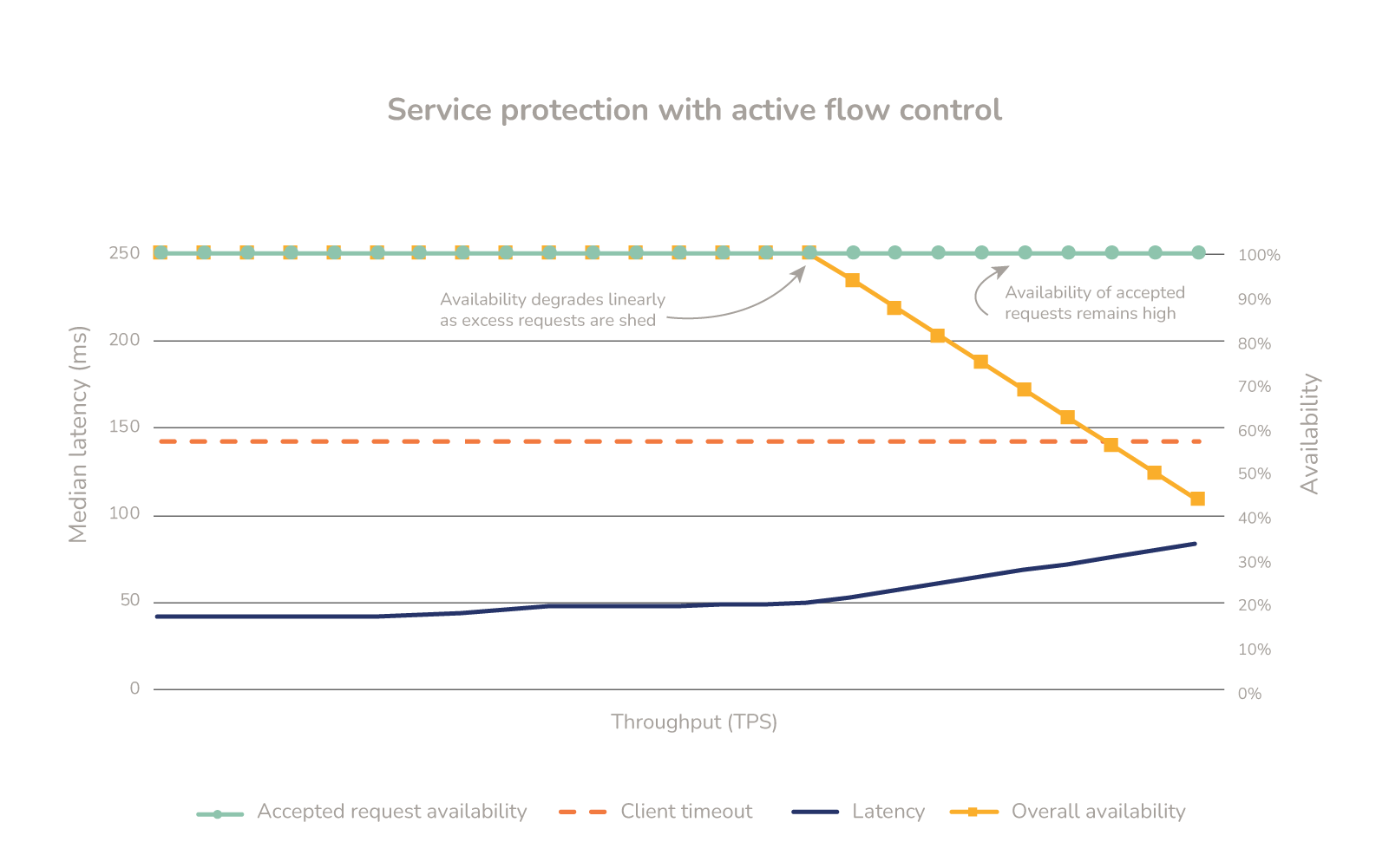 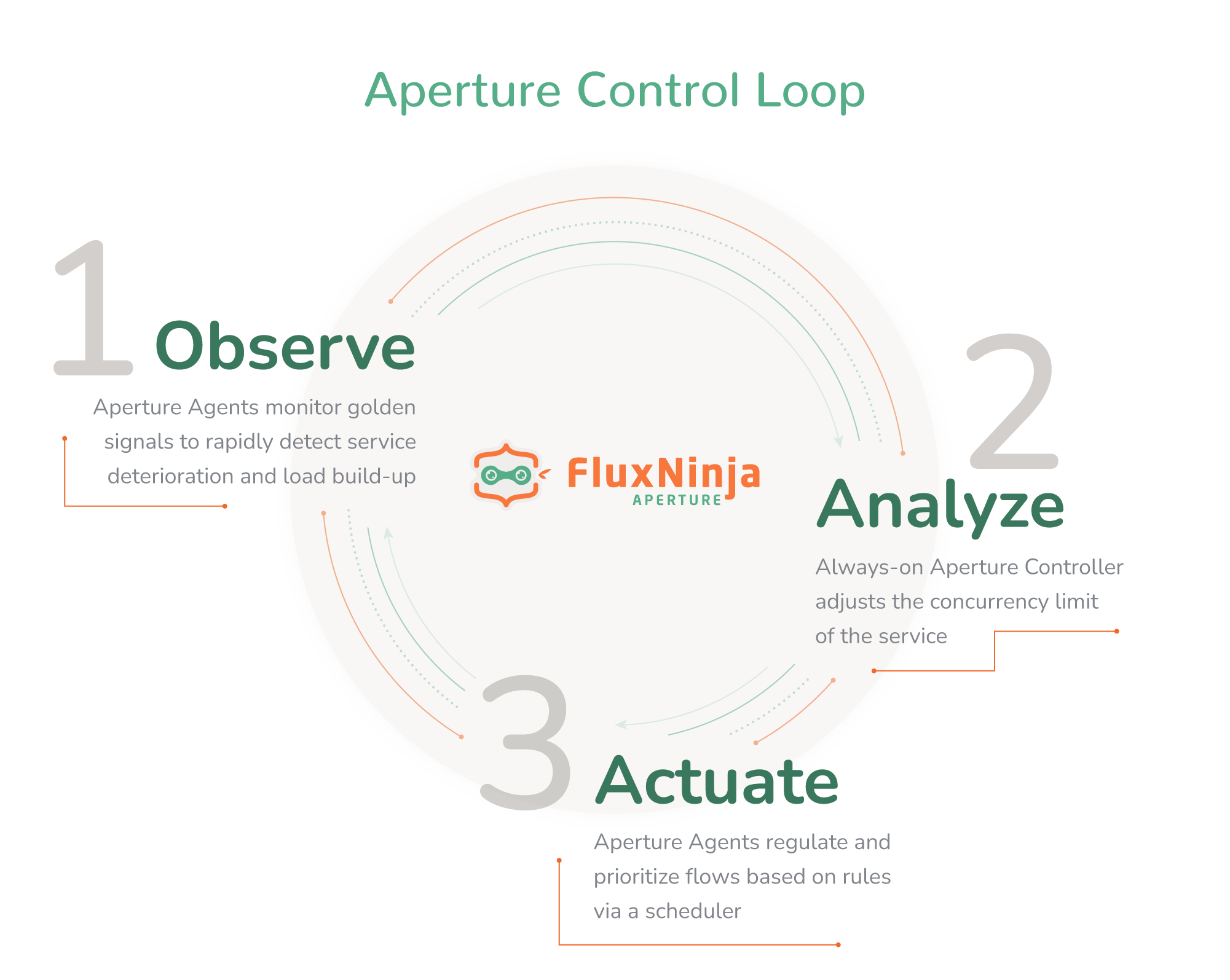 Aperture Agents monitor golden signals using an in-built telemetry system and a programmable, high-fidelity flow classifier used to label requests based on attributes such as customer tier or request type. These metrics are analyzed by the controller.

Aperture’s Controller is comparable in capabilities to autopilot in aircraft or adaptive cruise control in some automobiles.